One part of Peace Corps service that is not frequently addressed is the readjustment period upon returning to the United States. This is understandable because it happens at the very end and has no bearing on your service in country – it comes after everything else is all done. Readjustment is no small task, though. The PCV must re-enter life in the States after two years abroad, but that gap encompasses not only two years of life lived, but also two years of life missed. I’m not really sure where or how I’m supposed to re-enter my life in the States, so I’m just kinda going with whatever happens. So far, I seem to be doing fine, although it could be a while yet before I’m fully readjusted. I’ve dropped most of my Samoan language habits, but I still have plenty of awkward pauses, statements, and personal space issues. Just ask anyone who has interacted with me in the past three weeks.

I miss Samoa, absolutely. I miss my kids, my families, how everything in my village worked – or didn’t. I had to leave behind everything that has been my life for two years, and I know I’ll never return to it in the same way. Really, though, you can never go back to how things were; everything is constantly changing. But for everything I love about Samoa, there was also something to love in the States. I loved that I never had to wear anything warmer than a t-shirt in Samoa, but what I missed most about the States was the change of seasons. Arriving on the plane, I kept thinking to myself “I’m so lucky to be coming back to Colorado because it is so beautiful here!” and even in the middle of winter, with the trees bare and the landscape gray and brown, it is still absolutely gorgeous. I loved that life in Samoa never felt quite so rushed and urgent as it feels in the States, but I am unspeakably happy to have reliable, high-speed wi-fi.

The United States has a lot of other conveniences that I’ve thoroughly enjoyed in my few weeks back. I did about 8 loads of laundry in my first day home. I’m fascinated by the Keurig (sp?), which lets me brew a single cup of tea in something ridiculous like 60 seconds. And I’m completely baffled that a tiny GPS in a car can recalculate a 1,500 mile road trip in 10 seconds. Don’t even get me started on the quality of the toilet paper here (which is probably not a conversation you really want to have). In general, I’m finding life in the States to be bigger, easier, and more convenient. I’m amazed at the horizon. Looking out over the ocean, the horizon is literally endless because you can see until you can’t see anymore. An infinite horizon is self-limiting, though – without any borders, it doesn’t give a sense of distance. Looking at the mountains in the distance makes the world seem so much bigger and farther away. I know the mountains, however far away they seem, are still closer than the “edge” of the ocean, but it gives me something to measure by, and jeeze is it a lot farther away than the edge of the ocean!

One thing that really bothered me in Samoa was all the comments I received about my life in the States. “Oh, there’s so much stuff in America. Everyone has everything they want.” I never really knew how to respond to these statements, which came at least 2 or 3 times a week. I could never quite figure out what judgment was being passed on me, because I knew judgment was being passed, but was I supposed to apologize? Promise I could make it happen in Samoa? I could never quite tell what desire was at the root of those statements. I’ve been incredibly lucky in life – all my basic needs have always been met, and I’ve always had some leftover for all the extras. I have a lot of privilege. The biggest challenge I find myself facing in the States is how to live a life of privilege that doesn’t ignore the rest of the world. But privilege also comes with a lot of resources, and a little resourcefulness goes a long way to addressing the problems that don’t constantly stare us in the face – the inequality that consumes every part of the world, regardless of your country, in various forms and incarnations. This is the life I have now, and I have to figure out how to live it so that I am happy with it. That’s exactly what I had to figure out in Samoa, but my circumstances have just changed a little bit.

Please forgive me, I don’t mean this as a judgment on every person within the borders of the US. This is just what it means for me to return to the States. I also apologize for the heavy tone this post has taken on, so to lighten it up a bit, here are some of the things I don’t miss about Samoa

Waking up to cockroaches crawling all over my room
Finding dead lizards in my bed
Mosquitoes
Sweating to death while sitting still
Taro (but I do miss breadfruit!)
Getting unexpected visitors at inconvenient times (like when I am in the shower)
Lavaspot (the wireless provider in Samoa)
Digicel (my cell provider in Samoa)
Lap-sitting on the bus (sitting on other people)
Getting caught in a downpour without an umbrella
Running errands in Apia and lugging around shopping bags
Coconut wireless
Inconvenient flight times
Testing season at school
When the power went out and my milk would spoil in about 20 minutes

OK, this list is getting really hard to keep up now because every time I think of something that was occasionally annoying, I then thing of at least twice as many occasions on which I loved it. So we’ll have to leave it at that. More luck – nostalgia that lets me look back and remember all the good things.
Posted by Natalie at 10:12 PM No comments: 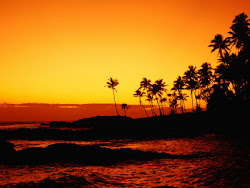 I will ocassionally be on Skype as natalieziemba